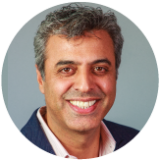 Chairman Emeritus, Advisory Board in Implant Dentistry, Royal College of Surgeons of Edinburgh

Shak was born and brought up in the beautiful valley of Kashmir. In 1988, he commenced his studies in dentistry and qualified in 1992 from the University of Mysore, India and moved to the United Kingdom in 1994. He attained a Master’s degree in Restorative Dentistry from the Queen’s University of Belfast in 1995 and continued to work there till 1997. While undertaking further basic training in Restorative Dentistry at Morriston Hospital, Swansea, he completed his Fellowship in Dental Surgery (FDS RCSEd) from the Royal College of Surgeons of Edinburgh in 1998. He moved to Dubai in 1999 and worked as Restorative and General Dentist for Emirates Airlines. In August 2000, he returned to the UK to pursue specialist training in Restorative Dentistry at the Newcastle Dental Hospital. He attained his Fellowship in Restorative Dentistry FDS (Rest Dent) RCSEd in November 2004 and completed his specialist training in April 2005. During this period he also completed a 4-year part time research degree and successfully submitted his thesis for attainment of Doctor of Dental Surgery (DDS) from Newcastle University. In 2017, he was conferred Fellowship of the Faculty of Dental Trainers (FFDTEd) by The Royal College of Surgeons of Edinburgh.

In 2005, he was appointed as a Consultant at The Royal London Dental Hospital, part of Barts Health NHS Trust, and in 2018 was appointed as Honorary Clinical Professor in Oral Rehabilitation & Implantology at Queen Mary University of London, Barts and The London School of Medicine and Dentistry.

Shak is a specialist in Restorative Dentistry, Periodontics, Prosthodontics and Endodontics.

He is the Lead for postgraduate implant training and Chairman of the ITI Scholarship Centre at QMUL. He is a Fellow of the International Team for Implantology and a Diplomate of The British Society of Oral Implantology, Immediate Past Chairman for the Advisory Board in Implant Dentistry for the Royal College of Surgeons of Edinburgh, and immediate Past Chairman of the ITI UK & Ireland Section.

He is active in clinical research and has secured various research grants. He is a co-author of a textbook in periodontology and implant dentistry, besides publishing in peer-reviewed journals.

CAPP DENTAL CONFEXPO 2021
Lecture Online Event 14 Nov 2020
Aesthetics, Implant Dentistry, and Management of Complex Restorative Cases Including Functional and Aesthetic Rehabilitation of Patients with Hypodontia
Part of: 15th CAD/CAM & Digital Dentistry Conference
We use cookies to ensure that we give you the best experience on our website. If you continue to use this site we will assume that you are happy with it.
Learn more