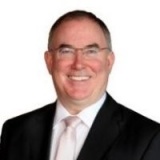 Professor Dr Edward Lynch is listed in the Worlds Top 100 Doctors in Dentistry 2020.

He has been elected the most influential person in UK Dentistry in 2010 by his peers (Google dentistry top 50 vote 2010 result) and has held the position of Professor of Restorative Dentistry and Gerodontology of the Queen’s University Belfast as well as Consultant in Restorative Dentistry to the Royal Hospitals from 2000 – 2010.  He also served as the Consultant Editor of Gerodontology, as well as the Treasurer and Secretary to GORG, IADR and Editor of the GORG IADR newsletter. He has served as Senior Lecturer in Conservative Dentistry and Hon. Consultant in Restorative Dentistry and Postgraduate Course Organizer for the University of London where he was full time for 20 years (1980 – 2000). He was awarded a total of more than 100 research grants, totaling over 6 million pounds and has around 700 publications, including chapters in books and refereed abstracts.  During his career, Edward Lynch has successfully supervised more than fifty MSc, MPhil and PhD students and he has been awarded many prizes for his research.

He is also a specialist in 3 disciplines, Endodontics, Prosthodontics and Restorative Dentistry as well as being a BUPA Consultant in Oral Surgery and presents at many prestigious postgraduate courses worldwide each year. He is a Consultant to the ADA, a spokesperson for the BDA, a Scientific board member of the International Health Care Foundation and ISBOR, is on the editorial board of numerous International Journals and has spent decades as very much a “wet gloved” academic treating many specialist referrals every week, previously in the Royal Victoria Hospital as well as in Saint Bartholomew’s and the Royal London Hospitals. He has edited the Quintessence book entitled “Ozone – The Revolution in Dentistry” ISBN 18-5097-08-82.

He is also the Chairman of the European Experts group on Tooth Whitening and he is actively seeking to change EU legislation to legalize Home Bleaching. He has presented to the EU parliament on 2 occasions on tooth whitening.  Since 2000, his research team has been honoured eleven times by being awarded first prizes at the annual meeting of the International Association for Dental Research including a 2012 IADR first prize for one of his MSc students Diarmuid Buckley in Warwick Dentistry. In addition, in 2010 he has been elected the 2011 President of Geriatric Oral Research Group (GORG) in the International Association for Dental Research and in 2012 and again in 2017 he has also been elected as the President of the Pharmacology, Therapeutics and Toxicology (PTT) Research Groups in the International Association for Dental Research. In addition, Edward was elected to represent the GORG on the Council of IADR from 2013 and he represented PTT on the IADR Council in 2012 - 2018.  He has also been elected as the Regent for Europe for the prestigious Fellowship of the Academy for Dento-Facial Esthetics. He is very proud than his University students honoured him with being the Staff President of the Dental Society for his past four years in QUB. He has also been accredited in October 2010 with the prestigious membership of The American Society for Dental Aesthetics and has been awarded the 2010 Outstanding Achievement Award at the Dentistry Awards (Dentistry, 13 January 2011). On 16 Oct 2012 he was awarded the Fellowship of The American Society for Dental Aesthetics and is the first UK Dentist to ever achieve this prestigious Fellowship. On 10 Feb 2013 he was awarded the Lifetime Achievement Award for Services to Research and Teaching at the prestigious IAOHD Dentistry conference in Las Vegas. On 9 May 2014 he was voted by his peers to receive the Lifetime Contribution Award in Dentistry. In May 2017 Edward was once again elected as one of the top 20 influencers in Dentistry by his peers.

He has just completed a new textbook on the management of medical emergencies with a colleague, Dr Chet Trivedy, and he hopes this book can help save many lives every year. He and Chet have donated all the commission fees and royalties from this book to a charity to support conservation of tigers in India.