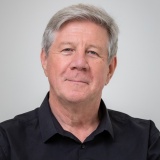 Adrian is an academic, consultant on organizational behaviour, writer, and broadcaster and is particularly adept at communicating complex psychological and business concepts to a variety of clients.  He is a consultant, trainer and speaker for over 30 multinational companies including public sector (army, police, government) and private sector (banks, airlines, consortia) in the UK and abroad.

Adrian is a Fellow of the British Psychological Society and is among the most productive psychologists in the world. He is on the editorial board of a number of international journals, as well as the past elected President of the International Society for the Study of Individual Differences.  He has a particular interests in top team development, management change, performance management systems, psychometric testing and leadership derailment. He speaks regularly at academic and business conferences and is noted for his motivational speaking.

He has been a newspaper columnist previously at the Financial Time, Sunday Times and Daily Telegraph and a guest Blogger for Psychology Today. He is a regular contributor to national and international radio and television stations including the BBC, CNN, and ITV.

Like Noel Coward, he believes work is more fun than fun and considers himself to be a well-adjusted workaholic. He rides a bicycle in London and claims it by far the best way to get around. Adrian enjoys writing popular articles, travelling to exotic countries, consulting on real-life problems, arguing at dinner parties and going to the theatre.