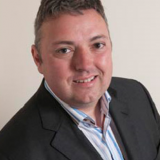 Dr. Bill Seddon, BDS, FIAE (GDC: 65830) graduated from the University of Sheffield in 1990. He began his dental career in NHS practice in Wigan.

In 1992 he worked as an associate in Chesterfield gaining valuable endodontic experience with Brian Kirkland. In 1995 he worked in group practices within Sheffield and Chesterfield performing mainly endodontic procedures, treating around 3000 endodontic cases.

In 1998 he purchased a practice in Rotherham and converted it from 100% NHS to 60% Private. It was here Bill began taking external endodontic referrals.

In 2002 he purchased his first microscope and increased his referral caseload to 2 days per week, while continuing in the enjoyable role of general practitioner.

In 2005 Bill limited his practice to endodontics, performing around 60% re treatment cases. He works with the microscope for 100% of each case and has a keen interest in photography through the microscope.

He is actively involved in Internet discussion sites such as Roots and TDO, where he regularly presents cases for discussion and education.

He is pleased to be actively involved in Post Graduate education, both as a provider and a delegate. He has attended numerous endodontic meetings in the USA and Europe and has received training at the Pacific Endodontic Research Foundation in San Diego. He has completed numerous ‘hands on’ courses both at home and abroad over the last 15 years.

Since 1995 Bill has spoken to many groups of dentists on endodontics, including VT groups in Nottingham and Leicester, MGDP group in Leeds and has run many ‘hands on’ courses in the area. These range from rubber dam, to more complex endodontics for dentist and nurse. Bill and his wife Jaana have recently completed the endodontic chapter in the Teamwork 7 training companion for Dental Nurses, produced by the Faculty of General Dental Practice of the Royal College of Surgeons.

In 2003 he was honored to present material at the BES regional meeting and in 2006 spoke at the Roots Summit in Amsterdam on microscopes and documentation.

In 2009 he presented hands on courses and was Keynote Speaker at the Indian Dental Conference in Nagpur. In 2010 he spoke at Roots Summit in Barcelona. He runs regular hands on courses and lectures in the Trent and Yorkshire regions and has taught part time at The Eastman CPD centre. Bill remains committed to improving his own knowledge, and hopes that his teaching will inspire the next generation of clinicians to always question themselves and provide excellent care for their patients. In 2014 Bill was a guest speaker at the International Academy of Endodontist meeting in Dallas USA.

In 2019 Bill was made an Honorary Fellow of the International Academy of Endodontics, and also spoke at the TDO Meeting in San Diego.

Outside work he enjoys spending time with his wife Jaana and their 3 children. Bill is a keen golfer, enjoys skiing and has recently started scuba diving. He is also a life long Wigan Rugby League fan.

We use cookies to ensure that we give you the best experience on our website. If you continue to use this site we will assume that you are happy with it.
Learn more
For more info visit: www.cappmea.com/courses
View More