The direction toward the cosmetic procedures is highly increasing nowadays. The influence of social media on people's lives are many, cosmetic dental appearance have been marketed heavily through influencers with their associated clinics and sponsored clinics running their online marketing campaigns. This is a new area that might show its impact on people, especially females.

This study was formulated to investigate the effect of cosmetic dental clinics and influencer’s presence on social media on female’s perception toward cosmetic dentistry in Saudi Arabia.

An observational study using a descriptive cross sectional questionnaire was prepared. This was piloted by five Dentists. The questionnaire was distributed through social media accounts over two weeks. For the sake of this study, the focus was mainly on females.

94 participants have filled the survey, 52% of the sample spend from 3-7 hours per day on social media. Almost 75% of all participants did not do any cosmetic procedures such as hollywood smile, teeth whitening or any tooth colored restorations. This was attributed by more than half of the sample due to the high cost of dental treatment, followed by 42% which they do not have issues with their teeth appearance. 80% of those who did have dental cosmetic treatment were not affected by the social media. In addition, 66% do not follow or browse dental cosmetic social media accounts. Almost 26% have been influenced greatly by the social media influencers regarding their dental cosmetic appearance, others were mainly neutral and did not get affected. However, the images and content have influenced more than half of the participants. This goes in parallel toward their responses with the trust that they have on influencers as only 8% have showed that toward influencers. The latter percentage was also shown to be associated with the content not the behavior of influencers, rather with the skills of the dental team followed by great financial offers by the clinics. Such offers by dental clinics were only seen to be satisfying by 18%, on the other hand, 29% were not satisfied at all, majority were neutral with over 50% toward the overall services promoted in the social media accounts.

The results shown have surprisingly cleared the perception that social media influencers have a strong impact on followers regarding their decisions towards having cosmetic dental procedures. Almost 92% of the sample have attributed this to lack of trust on the content presented in social media. On the other hand, dentists skills, lower cost and offers have driven the behavior of the followers to do their dental procedures. 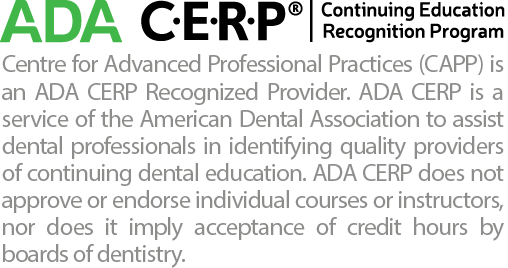 We use cookies to ensure that we give you the best experience on our website. If you continue to use this site we will assume that you are happy with it.
Learn more
Take a look at our upcoming Hands-on Courses
For more info visit: www.cappmea.com/courses
View More